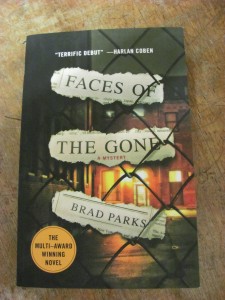 Book Summary:
Carter Ross is an investigated reporter for the Newark Eagle-Examiner and reporting on a dead body being found in a vacant lot really isn’t big news. However, when four bodies are discovered shot execution style, the public tends to get nervous. In an effort to quell fears, the police leak a story to Carter’s colleagues that the murders are revenge for a bar holdup. As one who has spent some time writing about Newark’s ghettos, the story doesn’t feel right to Carter and he starts to dig. He discovers that although the four murder victims were all drug dealers, they were from various locations and served very different clientele.  When Carter discovers a unique quality to the drugs peddled by the four victims, he begins to see a pattern worth further investigation.

With the help of his intern Tommy and the City Editor Tina, Carter delves into the gritty world of street dealers of Newark. Although encouraged by both the local police and the FBI to let this story pass, Carter feels that he owes it to the families of the dead for truth. When his own life is threatened, Carter knows that he is on the right track. The question is, will he have the conclusion to the story printed under his by-line, or will he be the headline himself?

Book Commentary:
Don’t you love when you discover a series and it already has a number of books in it so you can keep reading!! Brad Parks has written five more stories about Carter Ross and I am really looking forward to reading them. The author is a former reporter for The Washington Post and The Star-Ledger; his writing shows both a deep knowledge about the newspaper industry combined with a direct story-telling style. There is enough detail presented to know what is going on while still keeping the story fast paced and engaging. I really enjoyed the wit and sarcasm of the characters and there is enough edginess to keep the story interesting without turning the reader off.

I like Carter. He has a sense of morality combined with an honest look at reality. He is a good guy but definitely not a hero. His flaws are human; not due to some great mistake or failure of his past, but rather because he is an ordinary man, living in the real world.

Who might like this book:
This book is a great procedural; not a police one but rather one based on news-writing. It is a quick moving piece with very enjoyable characters. There are some coarser moments but none seemed to detract me from the story itself. Anyone who has an interest or experience in journalism will enjoy the commentary and reality of life in the modern publishing age. Readers will also appreciate the humor; the book is funny without being a caricature of itself. I look forward to reading more of Carter’s exploits!